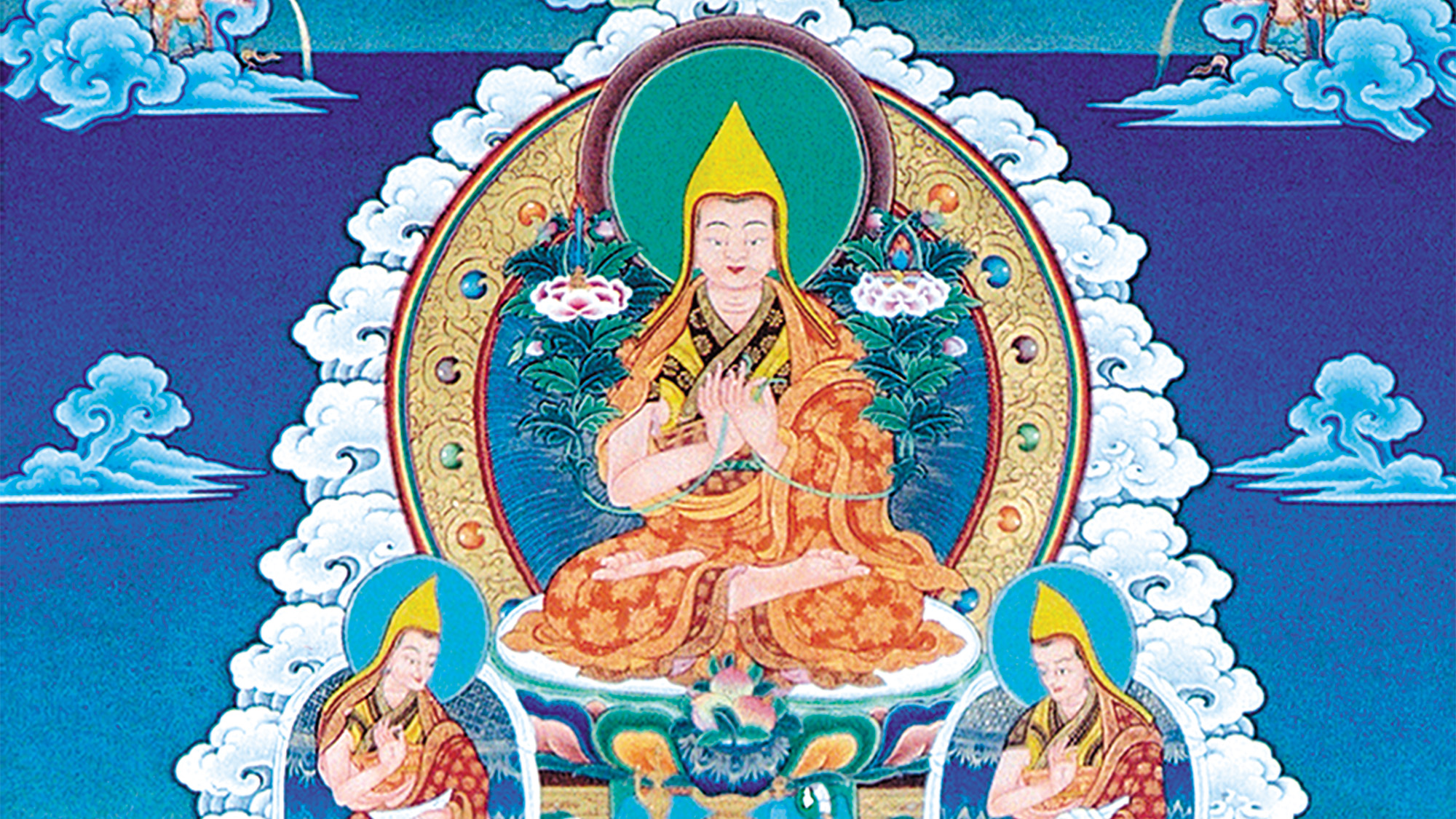 Deepen your knowledge of the graduated path to enlightenment as presented in Lama Atisha’s Lamp on the Path to Enlightenment and elucidated by Lama Tsong Khapa.
In particular we will focus on Lama Tsong Khapa’s Hymn of Experience and Three Principal Aspects of the Path: renunciation, Bodhicitta and correct view.
The Exploring Buddhism Program (EB) is a new program developed by FPMT Education Services to offer an in-depth treatment of selected topics of Buddhist philosophy and practice. This program prepares one to engage in more advanced Buddhist studies, such as the FPMT Basic Program, through introducing key Buddhist philosophical concepts and connecting them to the context of practice and realization.

It also familiarizes one with text-based explanations by introducing short texts in its curriculum, such as the popular Foundation for All Good Qualities and Three Principal Aspects of the Path by Je Tsongkhapa, Eight Verses of Thought Transformation by Langri Tangpa, and Seven Point Mind Training by Geshe Chekawa.

The program is now in its pilot phase of development and is being offered at selected FPMT centers, either on-site and/or online. Feedback will be gathered from teachers and students to revise and further enhance its effectiveness.

Exploring the Mind and Exploring the Truths teach the principal levels of reality together with the potential to bring about changes in our minds that culminate in achieving full enlightenment. These two modules also explore the common ground between the universal aspects of Buddhist mind science and philosophy and those of contemporary science.

Exploring Meditation helps to bridge the two topics by introducing the means to carry out the exploration and familiarisation needed to bring about positive changes through the practice of meditation.

To proceed on the stages of the path to enlightenment it is important to get a good understanding of this entire spiritual journey. Then, in order to develop our full potential, we need to engage in its associated mind training and the bodhisattva vows. Exploring the Path and Exploring Mind Training explain these points of the Buddhist path.

As a support for developing realisations, it is also important to engage in prayers and practices in order to purify negative karma and accumulate a vast store of merit. Exploring Common Prayers and Practices provides explanations of how to do various prayers and practices commonly done by individual students and performed in FPMT centers. Exploring the Preliminary Practices teaches how to do the nine preliminary practices of the Gelug tradition in Tibetan Buddhism as well as additional preliminary practices often recommended by our Spiritual Director, Lama Zopa Rinpoche, with the intention that students become familiar with them, feel inspired to do them, and gain confidence that they will be able to do them correctly.

You should select your “Targeted Cause”. To do that, click on the box with the down arrow that says “General Donation” to display a list of our most popular reasons for donating. If none of them match, use “General Donation” but send us an email to describe how you want your donation to be used. Send it to welcome@hayagriva.org.au

We have a fundamental responsibility to create a supportive, harmonious and safe environment at our Centre. To this end Members are expected to:

** Read the Collection of Advice Regarding Shugden (Dolgyal)

Some behaviour (such as not wearing footwear in the Gompa) is based on eastern tradition but it is mostly to benefit your mind by cultivating respect for the Buddhist teachings which liberate from suffering.